Did you know that TEEN TITANS GO! has a movie coming out? It will be in theaters on July 27th, and we have teamed up with some blogger friends and Teen Titans GO! for this wonderful giveaway of a themed prize pack.

About Teen Titans GO! to the Movies

It seems to the Teens that all the major superheroes out there are starring in their own movies—everyone but the Teen Titans, that is!  But de facto leader Robin is determined to remedy the situation, and be seen as a star instead of a sidekick.  If only they could get the hottest Hollywood film director to notice them.  With a few madcap ideas and a song in their heart, the Teen Titans head to Tinsel Town, certain to pull off their dream.  But when the group is radically misdirected by a seriously Super-Villain and his maniacal plan to take over the Earth, things really go awry.  The team finds their friendship and their fighting spirit failing, putting the very fate of the Teen Titans themselves on the line!

The film is being directed by Peter Rida Michail and Aaron Horvath, from a screenplay by Michael Jelenic & Horvath, based on characters from DC.  Jelenic, Horvath, Arnett, Michail and Peggy Regan are producing, with Sam Register serving as executive producer.  Apart from Arnett, all are “Teen Titans GO!” series contributors.

Set to release on July 27, 2018, “Teen Titans GO! to the Movies” will be distributed worldwide by Warner Bros. Pictures, a Warner Bros. Entertainment Company.

Now for the Giveaway!!! 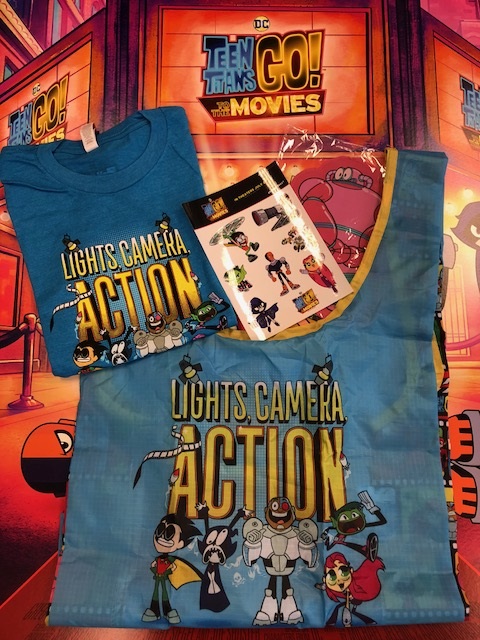 One winner will receive a prize pack valued at $50.

One entry per email & IP address

This site uses Akismet to reduce spam. Learn how your comment data is processed.

This website uses cookies to improve your experience while you navigate through the website. Out of these, the cookies that are categorized as necessary are stored on your browser as they are essential for the working of basic functionalities of the website. We also use third-party cookies that help us analyze and understand how you use this website. These cookies will be stored in your browser only with your consent. You also have the option to opt-out of these cookies. But opting out of some of these cookies may affect your browsing experience.
Necessary Always Enabled

Any cookies that may not be particularly necessary for the website to function and is used specifically to collect user personal data via analytics, ads, other embedded contents are termed as non-necessary cookies. It is mandatory to procure user consent prior to running these cookies on your website.